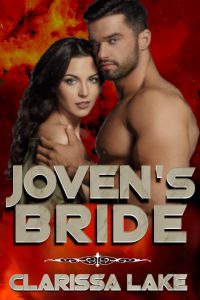 Tales of aliens coming to Earth and taking people had been circulated for many years before the United Galactic Alliance of Worlds sent a ship to announce that it was true. Alien agents had been stationed on Earth for the last four hundred years to curtail human trafficking by other races.

Shortly, after that, an aggressive race called the Drayids attacked Earth and cut a mile square hole in twelve major cities around the world. They left a hole three hundred feet deep, and vaporized everything within, killing millions.

During the four hundred years the aliens stationed on Earth took mates from the local population in what became West Virginia. The alien force was primarily comprised of humans and feline humanoids. Both compatible with humans.

The feline humanoids closely resembled homo sapiens except for their feline eyes and various shades of blue hair. Although the felines can recognize their genetic mate, the Narovian Interstellar Matchmaking Service collects DNA samples and finds genetic mates for felines and humans.

Before the Alliance opening diplomatic relations with Earth, Narovian Interstellar Matchmaking set up an ancestor DNA service on Earth. It linked with other such services on Earth to increase chances of finding mates for the feline humanoids, humans, and cyborgs.

The practice was controversial because felines give off a pheromone that causes their human mate to enter a state of heat. It manifests as an overwhelming need to copulate with the feline. In a sense, they become biologically addicted to their feline mate. The feline was given the identity and location of the mate on Earth without consent. The felines came to Earth sought them. One touch and they would have no choice but to copulate with that feline or risk death.

After diplomatic relations with Earth opened, the Narovian Matchmaking service began advertising on television and the internet. The Drayid attack on Earth tripled applications to the matchmaking service.

We are pleased to inform you that we have found a genetic soulmate match for you on the Alliance Sector colony of Glasica. Your mate is a Narovian feline cyborg warrior retired from the United Galactic Alliance of Worlds Defense Force.

Captain Joven Brendict is in charge of Star System Security and owns a home and farmland on Glasica. Captain Brendict has an excellent service record and has excellent personal and professional references. Attached is his introductory video. Should you decide to reply, please let us know.

Narovian feline humanoids closely resemble homo sapien with just a few differences. They have distinctly feline eyes, slightly pointed ears and varying shades of blue hairs. Some have blue-black spots or stripes on their neck and shoulders.

We recommend that you take some time to get acquainted with your match before you make a decision to meet. Feline humanoids release powerful pheromones that cause their soulmate and themselves acute sexual arousal. The only remedy is to consummate the relationship within hours of exposure and mate frequently for up to ten days after initial exposure.

Narovian felines, call their soulmates meomee and become totally devoted to them. They mate for life whether their meomee is feline or sapien.

Should you decide to accept Captain Bradict as your mate, he will pay your travel expenses to Glasica, and our office in West Virginia will make the arrangements.

Carly read and reread the email on her laptop. It had been over a year since she’d made the application for an alien mate. She knew going in that her potential mate would be homo sapien or feline humanoid. She clicked on the thumbnail photo of him. It was a full body photo of him dressed in a slate-gray body suit.

He had short dark blue hair with a light beard, and his muscular form was enhanced by his body suite. As she enlarged it to see his eyes, her first reaction was, he’s gorgeous. She felt drawn by his blue feline eyes.

Could she really do this? Could she go off to another world and become the bride of an alien male? Did she have the courage? After the Drayid attack last year, she didn’t feel brave at all.

That was the day her best friend had died right in front of her. She and about seventy students were vaporized by the wall of light that gouged out a one square mile hole in Washington D.C. The Drayid battle cruiser gutted New York City, Los Angeles, Washington D.C., Moscow, London, Paris, Rome, Cairo, Delhi, Beijing, and Tokyo. It was the single most significant terrorist act the world had ever known.

A year later, the world was still reeling. Carly’s teaching job was suffering because of the trauma from witnessing the attack. She was going through the motions teaching the required earth science curriculum. It had probably been two years since she’d had a date, and longer since her last regular boyfriend.

She and Sara decided to apply for alien mates after the Alliance announced their presence. After the Drayid attack, Carly forgot all about it… Until today. Finally, she clicked on the video link.

It loaded with a close up of Joven sitting at a desk, he smiled then spoke:

Good day, meomee. You are seeing this because the matchmaking service has determined from your DNA that you are my genetic soulmate. That is all I need to know to ask you to become my wife and come to live with me on a world called Glasica, a young colonial world. The agency has told you what it means to be meomee to a Narovian feline.

I have reached the point in my life that I am ready to mate and have children. I want that female to be meomee, my true soul mate

My pheromones will bind us both emotionally and physically. You will become my only mate, and I will never desire any other. You and only you will be my one true love. I will protect you with my life.

I wait for your reply.

Carly stared at the handsome alien on her computer screen. He had a pleasant voice and seemed genuine, though she wasn’t sure how it was that he spoke fluent English. They must have used some kind of translator. She wanted to know him better, beyond that he was gorgeous and sexy.

I am pleased to meet you by video, and I want to know you better before I can decide to become your wife. The Drayids attacked Earth over a year ago, but it still haunts me… It happened right in front of me. My friend and a busload of our students disappeared in the wall of light which gouged a massive hole in that city.

Before that, we both applied to Narovian Interstellar Matchmaking to find husbands. I never quite believed we would, but I am pleasantly surprised. You are a fine-looking man with an impressive profile. Only the prospect of leaving Earth makes me hesitate to accept your offer.

The agency sent me a complete profile on your world, and Glasica seems pristine compared to Earth. It looks beautiful. I also understand that other women from Earth have settled there happily. I have my mother here, but she is my only family. She lives in Brazil with her new husband. We talk on the phone about once a month, but I haven’t seen her in a few years.

The statistics on successful matching are impressive. Your offer is very tempting. If your offer stands after you have seen my reply, then we should discuss it further.

After Carly sent her video reply to Joven, she decided to set up a video chat with her mother. After watching Joven’s short video several times, she admitted to herself she wanted a husband a family, and she would probably accept her match with Joven. She just needed some time to get used to the idea before she made the commitment.

She set up the call and waited. Carly was surprised when her mom’s image filled the screen.

“Carly, what a surprise. Is everything all right?”

“Nothing’s wrong, I just have some news. Remember back when Sara and I applied to that Narovian Matchmaking agency?”

“They found me a match, and he’s gorgeous. But, I would have to go to his world, a place called Glasica.” Carly said.

“You mean to another planet?”

“Yes, Mom, in another star system. I haven’t decided yet, but the Narovian Matchmaking’s success rate makes it very tempting… And did I mention he is gorgeous?”

“But, Carly, we would never see each other again.”

“We hardly ever see each other now,” she reminded. “I will still be able to video email. I emailed the stats on his world, pictures and his profile.”

“Why can’t you find a nice husband here?”

“Oh, I don’t know. It might be because I am working all the time. Teaching isn’t just an eight hour a day job. There are extracurricular activities, lesson plans, grading papers. Eligible men are few and far between in this town.” Carly said.

“What about other agencies on this world?”

“None of them can genetically match me to my soul mate. This is a chance of a lifetime. I can spend my life teaching other peoples’ children or find some other job and maybe find a husband by trial and error. Or become a single mother by artificial insemination.”

“It sounds like you’ve made up your mind already.”

“I am considering it.”

“A technologically and genetically enhanced humanoid. He has a computer connected to his brain, and tiny little robots in his bloodstream to repair injuries and ward off disease. He was a super soldier.”

“He was a warrior, but now he runs security for his star system. I have his complete profile, and I saw nothing alarming. It sounds like he is in the same situation I am, with few prospects for a wife,” Carly said. “His species can recognize their soulmates by scent, but they are often worlds apart. They use genetics to find them, and they are very successful at it.”

Her mother frowned at her from the computer screen and sighed. “I hate to see you go that far away, but I don’t want you to miss a chance to be as happy as I am with Hector. Just be sure it’s what you really want.”

They talked a few more minutes about mundane things before signing off. Her mother didn’t really want her to go off to an alien world, but she had gone to Brazil to be with the man she loved. Carly didn’t love Joven yet, but she was open to the possibility.

After she ended the call, she replayed Joven’s introductory video. As she looked into his intense feline eyes, something about him fascinated her. She realized she wanted to accept his proposal. She just needed a little more time to get used to the idea.