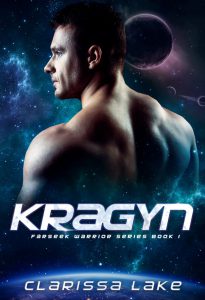 “Before I was taken, I didn’t even believe aliens ever came to Earth and took people. My people have never gone past our moon. In my worst nightmares, I never imagined anything like this would ever happen to me.” Reanne said.

“Nor did I, though I have been all over several sectors in the galaxy. Our world is part of a consortium of planets, and Farseek Brigade was contracted to aid in defending them as part of the Transtellar Consortium Defense Force.”

“How do you know I am your soul mate?” She looked at him doubtfully. “No offense, you are very attractive… I feel drawn to you, and it’s more potent than anything I have ever felt before.”

“Your scent, it is something only I would notice. It’s genetic, hard to explain because I’m not a scientist. The Uatu race has a kind of sixth sense that allows us to recognize our soulmates. I know what I felt, and I still feel it.” He moved to stand before her and gently gripped her upper arms, rubbing his hands up and down in a soothing motion. “I’m not trying to push you into anything. But knowing that you are solmatu makes me want to be with you, care for you, and protect you. I do want you, but I can wait.”

Reanne gave him a slow smile. “I’m quite sure that I won’t get a better offer… And I want to know you. Not just because you are probably my best chance to stay alive here.”

“They told you to pick someone to fuck for protection.”

She blushed at his bluntness.

“It’s okay,” he said. “I heard the shuttle guards telling the women that when I was dumped here. They were right. Half the people here are fugitive slaves or dissidents against the Sargus Empire. The rest are actually criminals.”

“But I killed someone,” she said miserably.

“You were justified. Alcranians are known to buy females of other species to abuse and kill. Your instincts saved your life,” Kragyn assured her. “But under Sargan laws he was within his right to do whatever he wanted to do with you, even kill you. That’s why they sent you here.”

“Well, screw them, and their laws! I can’t believe that a society that can travel interstellar space practices slavery.”

“That’s why the Consortium was at war with them. They have been raiding our colonies for slaves. I’m sure they are the ones who attacked our world. I just don’t know how they pulled it off. They had to cross a lot of Consortium sectors to get to Farseek. Not that it matters now.”

She looked up at him and gave him a hopeful smile. “At least we can help each other through it.”

Kragyn’s big hands moved to cradle her face. “I just have to kiss you.”

Her eyes lit, and her lips parted as he lowered his mouth to cover hers. Claiming her soft mouth was every bit as sweet as he imagined. He didn’t dare to pull her body against his, because his cock went hard the instant his lips settled over hers.

Supple and pliant, her lips opened readily to his tender request. He held back the urge to plunder her mouth and dominate her, though everything inside him shouted mate. The alpha male in him longed to claim her and possess her fully. But he could wait until she was ready to yield to his claim as her solmatu.

Reanne put her hands on his sides and made soft mewing sounds while he was kissing her. She sighed wistfully as he lifted his mouth from hers. They were both panting with desire.

Kragyn still held her face between his strong hands and stared into her eyes.

“Wow!” Reanne murmured as she stared back at him. She was trembling, and her whole body clamored for more. Her female parts clenched against emptiness and her nipples tightened.

The look in his eyes told her that he could smell her desire, and her cheeks heated. She gently pulled away from him, because clothes would start coming off if she didn’t. “Okay, I want to, but this is happening way too fast.”

“That’s how solmatu happens. I am just as attracted to you,” Kragyn said. “I understand you have been through a lot. Finding you is the first good thing that has happened to me in almost two years.” He stood facing her, his hands fidgeting at his side as he seemed to be fighting the urge to touch her.

She nodded. “I feel it. I don’t deny that I want you. I just want to get to know you a little better with my clothes on first.” Even as she spoke, she felt a profound urge to wrap herself around him and beg him to fuck her senseless. But she resisted.

Under normal conditions, they would probably go out for dinner and maybe a little dancing and drinks, or a movie. Or, go for a walk. But it was morning, and the temperature outside was at least 100°. The land she had seen on their way to Kragyn’s home reminded her of the Australian Outback that she had seen on some TV nature shows. Only there were numerous hills and caves created by mining before Julconi had become a depository for the dregs and dissidents of the Sargan Empire.

“I’d offer to show you around, but I have no climate-controlled transport,” he said with a wry smile. “It’s way too hot for a stroll.”

“It’s hotter than I’m used to. We have warm and cold seasons where I am from. Even in the warmest season, it was never as hot as it is out there.”

“It’s not this hot on my homeworld either. I’ve gotten used to it, but I don’t spend any more time outside in the midday heat than necessary.”

“What brought you to the landing site today?” she asked.

“Looking to see if they brought any people from my world here. I can’t believe that I was the only survivor.”

“There were other shuttles on the bigger ship that brought us here. They were loading up more people to bring down to other parts of the planet.”

“This continent is isolated from the rest of the land by wide stretches of oceans. It’s too far to swim, and there is no transportation here,” he explained. “Conditions are deliberately primitive. It limits the power of the gangs that think they run the place. They drop enough food barely to sustain us, but I have found other ways to get what I need.”

This was a well written, sexually explicit Sci-Fi book, filled with lots of love and a grand battle near the end. Not to mention a proper happy ending.

The heroine and hero had been dropped on planet the planet Julconi, which was filled with some really horrible people, mostly criminals that had taken over when those in charge abandoned the planet.  (However there are some good people on the planet as well.)

Kragyn was dumped on the planet many years before. However, Reanne just got dumped on the horrid planet where women require a strong protector or they’ll be cruelly abused and used.

Fortunately, Kragyn recognized the scent of his mate at once, or in his language, Solmatu. Nor is the attraction one sided. Reanne feels very strongly towards the handsome fellow who saved her.  (So much so, that this story is not for young people.)

However, it’s a grand novel for adults who love Suspenseful, Sci Fi Romances.

The detail was fabulous. The battle at the end was most exciting and the bad person that has been causing so much trouble gets his comeuppance. Which means: It has a happy ending.

I give this five shiny stars.