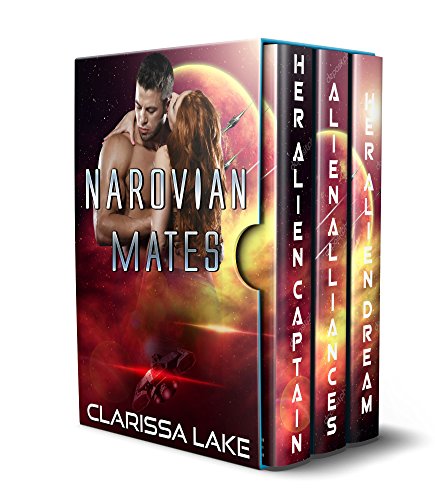 My first series, Narovian Mates centered on a race of feline humanoids who give off pheromones that cause them to go into a torrid mating frenzy when they find their soulmates. The pheromones cause both the feline and his/her mate to be affected to the point where they can hardly get their clothes off fast enough to have sex.

They get acquainted and bond while having sex up to several times a day for about ten days, then they are bonded for life. When this recognition happens with a complete stranger, it’s not always a happy occasion.

Not all felines are lucky enough to find their soulmate or meomee by chance because they might live on a far-off planet in another star system. Enter the Narovian Interstellar Matchmaking Service, which uses DNA matching to find soulmates for both humans and feline humanoids which are actually hybrids of homo sapiens.

Even before Earth was invited to join the United Galactic Alliance of Worlds, the match making service had access to DNA of humans on Earth through ancestor DNA evaluation services. In fact, the Alliance had a secret base on Earth before the pilgrims landed on Plymouth Rock, to fight human trafficking by alien slavers.

While on Earth, the Narovian felines bred with homo sapiens and created offspring that looked fully human, but were part feline as well. I likened it to wolves or coyotes breeding with dogs.

Also, in this universe homo sapiens were not limited to evolution on Earth. Some superior ancient race put homo sapiens on dozens of compatible worlds as well as compatible variations. While there are aliens of other races not many can interbreed with humans.

There can be many variations with in one race, considering the variations right here on Earth. Or even consider domestic animals. A Poodle and a Pitbull are both dogs and capable of breeding. So that’s the premise I used with humans. Worlds with interstellar travel would likely have more variations within a race than those that don’t.

When the Alliance was at war with the insectoid Drayids, they began manufacturing cyborgs to fight the interstellar wars, using both homo sapiens and feline humanoids. Because they were sentient and self-aware beings, Alliance humanoid rights enforcement declared that cyborgs had to be freed after their service.

In much of “cyborg lore” they are capable of recognizing their genetic soulmates in various ways. So, they also benefit from the method used by the Narovian Interstellar Matchmaking Service.

Early in the Narovian Mates series, I established that the event took place in contemporary Earth time with extraterrestrial humans being technologically far ahead of Earth. Prior to becoming recognized by the Alliance, the Matchmaking service found matches for feline humanoids on Earth without notifying the Earthlings of the match. Some felines would come to Earth and deliberately expose them to their pheromones, giving them no choice but to mate for life.